Hallam Students contribute to this years Live No Fear project. 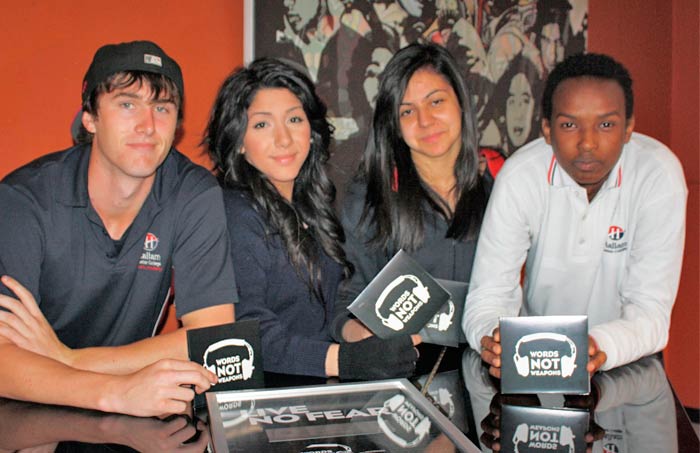 The Live no Fear Song writing Project is supported by the state Government’s department of Justice and aims to involve students in developing positive responses in dealing with potential violent or threatening  situations.

Developed by young people, Live No Fear sends the message that living without fear is the best way to reduce the chance of being involved in a violent or threatening situation. Live No Fear brings young people together using music, film and other creative channels to support the Live No Fear message, and live it.

Lyrics from each school and from participating regional schools are recorded and produced by Styalz Fuego and session musicians from the Affinity Music Group.