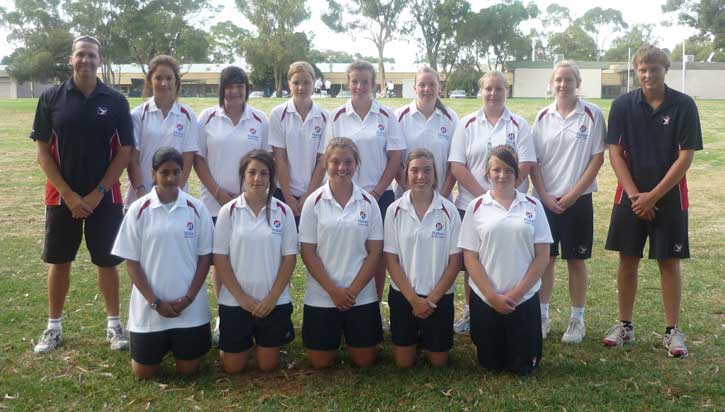 The term so far has seen some outstanding results from the Hallam Senior College sports teams.

Jamie has also taken the Rugby League Sevens Regional title with the Grand Final to be played next Term.

The Senior Boys and Girls Touch Rugby teams competed in the State titles at Elwood Park. The girls played above expectations to be runners up to Mildura’s Chaffey College. The boys went one step further to win the State title by defeating the incredibly strong Haileybury team (champions for three out of the last 4 years) in a sensational game that went into overtime three times! Many thanks to the Melbourne Storm for allowing the boys to play on the day before crucial games in Sydney.

The boys baseball team has advanced to Zone semi finals after being the only team entered. The boys have many stars in the line up so Benny Laird and the team are looking the goods for the Zone finals.

Finally, the girls volleyball team has become the Casey district champions for the first time in some years. The girls had to beat the very professional Berwick team and did so convincingly.

I would like to thank all the coaches and support staff for their hard work this term – Brett Alexander, Jamie Fardell, Travis McIntosh, Jade Oliver Rutherford and Karen Woodruff.

As we are a successful sports school with a big reputation, the students and parents (and the school) expects coaches to fully prepare teams. Staff are putting in many hours before, at lunch and after school to ensure our success. Many of our enrolments this year are as a direct result of the efforts of our coaching staff and the hard work of all teaching staff.

A final note of thanks to Vashon Weaver. Vashon has added his considerable talents to the program and much of his free time to help “Torch” prepare the basketball teams.