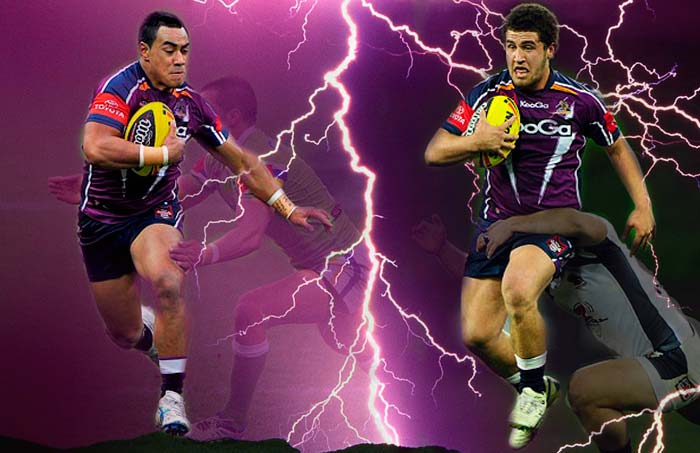 Both have been named in the NRL’s 2011 Toyota National Youth Cup Team of the Year.

They join a Toyota Cup honour roll that in four seasons has already produced nine internationals, five Origin representatives and a host of NRL stars.

Fonua and Bromwich join former Thunderbolts players (Melbourne Storm’s U/20’s team) Jesse Bromwich (Kenneath’s brother) and Gareth Widdop as NYC Team of the Year inductees who were both selected in the 2009 team, the year the Thunderbolts won the NYC Premiership. Jesse Bromwich and Widdop have both gone on to become regular first-grade players at Storm.

Jesse and Kenneath become the first brothers to be selected in team.

The naming of Fonua in the team is especially pleasing given he is a born and bred Victorian who has come through the Storm Development system to become one of the best under-20 players in the country.

If that isn’t enough, Kenneath and Fonua have been elevated to the Storm’s full-time list in 2012.

With the association the College’s Sports Academy  has with the Melbourne Storm,

hopefully the boys will be back every now and then to inspire the next wave of athletes on to similar success.

Congratulations to Kenneath and Mahe on behalf of everyone at Hallam Senior College.