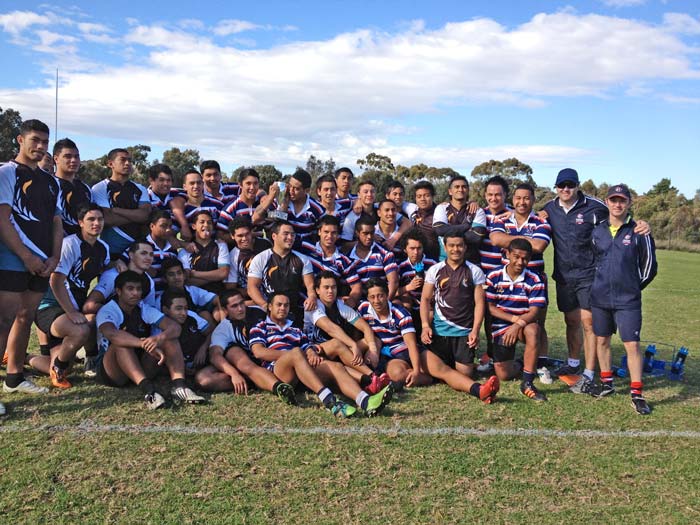 Hallam Senior College’s Senior Rugby League team played in the State Final of the ARL Cup on Thursday 24th May against Victoria University Secondary College for the 2nd year in a row.

Both schools have Rugby League programs where students attend that school for the purposes of developing their Rugby League skills and knowledge. Between both schools there are 11 players from the Victorian Schoolboys team.

The game was quite close and frantic at the the beginning, displaying one of the best contests of Schoolboys Rugby League in Victoria. The score at half-time was 18 – 6 in the favour of Hallam Senior College.

This could have been a lot closer had a few things gone right for the Victoria University team. In the second half, Hallam scored 2 very quick tries and went on tho run away with the game 50 – 8.

This makes Hallam State Champions for the 5th year in a row.

We will now move on in this National competition to play schools from NSW in the coming weeks.