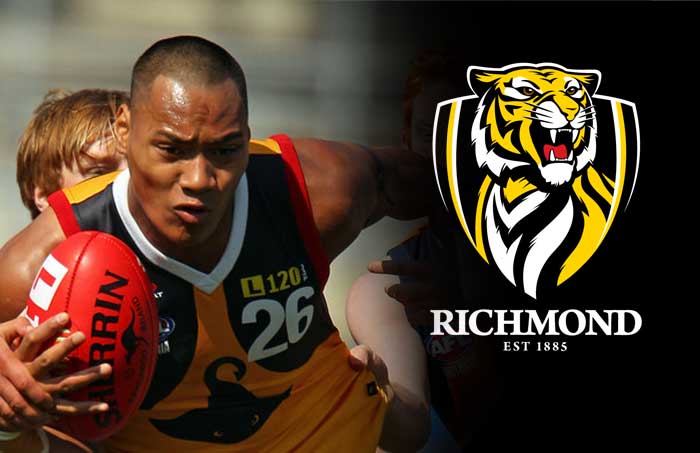 The program, which also produced draftees Arryn Siposs, Ryan Bastinac, Tom Gillies and Shane Savage, provides budding footballers with the opportunity to learn about their sporting trade without abandoning the regular curriculum.

Richmond Recruiting Manager Jackson says: “He’s a tall, strong negating defender who we looked at because of his size and strength. He’s a really strong spoiler and played some excellent games during the year. He often escaped notice because he was playing in defensive roles, but when we went back and looked at his tape we really recognised his defensive capabilities. He reads the game very well.”

We wish Piva all the best as he starts this next chapter in what will hopefully be a very successful career as an elite footballer.