On Friday 20th July, the AFL Girls played in the inaugural Herald Sun Shield (A competition for the best schools from the independent, catholic & government systems). 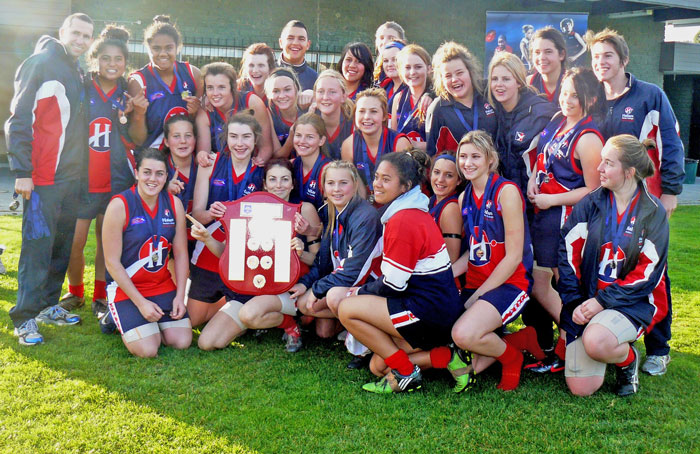 We defeated them (7-6) 48 to (0-2) 2. The game was a very tight contest until the 3rd quarter when we began to get the upper hand on them, mainly through the great pressure our forwards put on them to keep the ball in our forward 50. Karly Tapner received the medal for best on ground in that game.

The win this saw us go straight through to the Grand Final against Mt Lilydale Mercy College. The girls came out of the blocks firing and quickly dominated possession of the ball and applied scoreboard pressure. We were never challenged and ran out winners (13-1) 79 to (0-0) 0.

The scores for the day did not reflect on the games that were played. All of the teams displayed a great deal of understanding, strength, team work and skills. It was great to see them all having fun competing for the AFL Victoria Herald Sun Senior Girls Shield.

A big thank you to all those who could make the day possible.