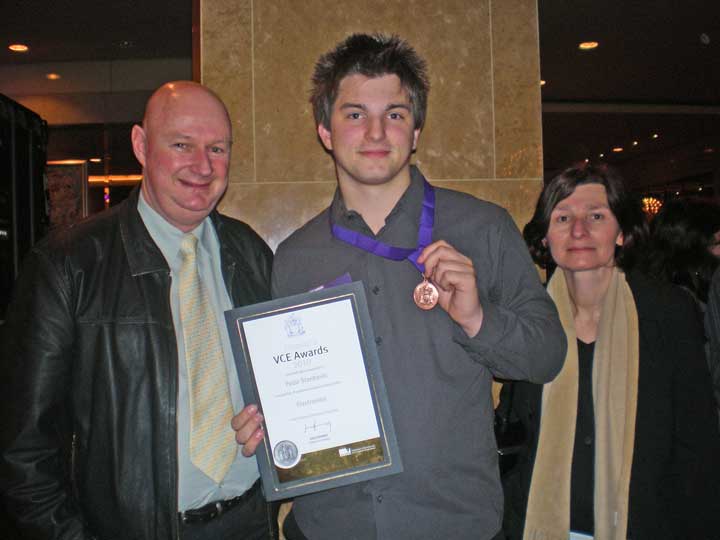 The awards were handed out to the state’s 28 top all-round VCE high achievers, who gained study scores of 46 or higher in at least five VCE studies.

Peter receives his award for his outstanding results in VET Electrotechnology matching it with other recipients from Haileybury College and Girton Grammar School.  The award was presented by Professor David de Kretser AC, the Governor of Victoria. Peter plans to pursue a career path in the computer networking field.

Samantha has been awarded a VCE Premier’s Award for excelling in VCE VET Community Services in 2009. Samantha utilised the combination of theory in the classroom and work placement out in the field to achieve her outstanding results. Hard work and dedication to her studies have paid off as Samantha is following her interest in a career working with people and is currently at Monash University completing a double degree in Social Work and Health Science.

Both Peter and Samantha are to be congratulated for their efforts, and everyone form Hallam Senior College wishes them the best of luck with their future studies and career choices.