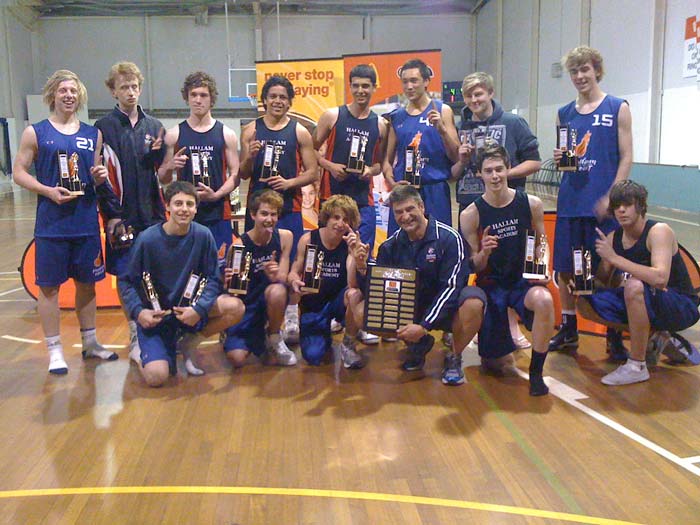 The Grand Final on Friday 8th October saw the two top schools in Victoria battle it out for supremacy.

Box Hill have been untouchable for many years and have taken their program to the highest level of professionalism. Three years ago Hallam embarked on what seemed to be an impossible task of vaulting the chasm and becoming a contender in the basketball elite community. Last year, although outclassed in the grand final against Box Hill, Hallam Basketball started to mature and believe in itself.

Entering this years competition and although ranked number two in the state, Hallam had to go through gruelling process to qualify for this prestigious event. Hallam went into the final game with an intensity that frightened our opposition and after four quarters of hard fought intense play, Hallam had won the ultimate prize in School Basketball…

the title of State Champions.