Sports Sub School Captain Arryn Siposs has been chosen at pick 75 by St. Kilda in the 2010 AFL National draft. 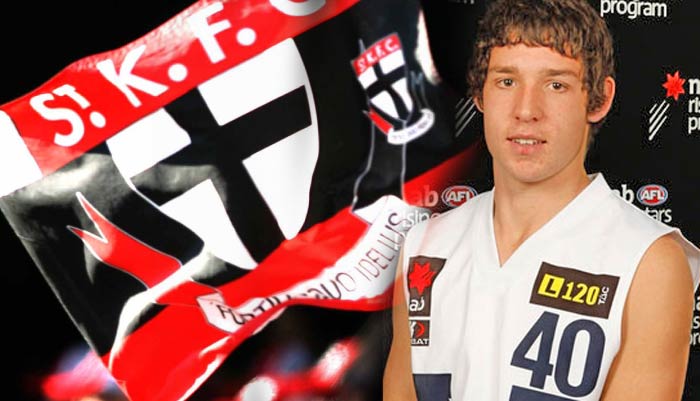 The program, which also produced draftees Ryan Bastinac,Tom Gillies and Shane Savage, provides budding footballers with the opportunity to learn about their sporting trade without abandoning the regular curriculum.

We wish Arryn all the best as he starts this next chapter in what will hopefully be a very successful career as an elite footballer.

What the saints have to say about Arryn

"Arryn kicked 99 goals for Beaconsfield last year and sure, that's not the AFL, but he's shown that he's a goalkicker and at 188cm we feel he's a good fit for our forward line. We're a little bit conscious of the size thing and we want to make sure that we have a good mix.

"He got in on his ability and his goalkicking but the 188cm was a real seller for us.

"He got injured for Dandenong in the finals so he didn't test at the Combine unfortunately so there is a little bit of an unknown there, but he has got talent.

In his own words
What type of player are you?
I’m a player that likes to run my player around because I have good endurance. I’m a tall marking forward who likes to do the team things, but also put the score on the board.

Which AFL player do you most resemble and why?
I believe my game resembles Nick Riewoldt because he is a great endurance athlete and has taken great marks.

What parts of your game would you like to improve?
My speed can improve over 20 metres. Also my quickness to get the ball away to a teammate and my defensive pressure.