Clydesdale to be Hot in Chile

TWELVE young stars of the court have been chosen to represent Australia at this month’s FIBA Under 19 Women’s World Basketball Championship in Chile. 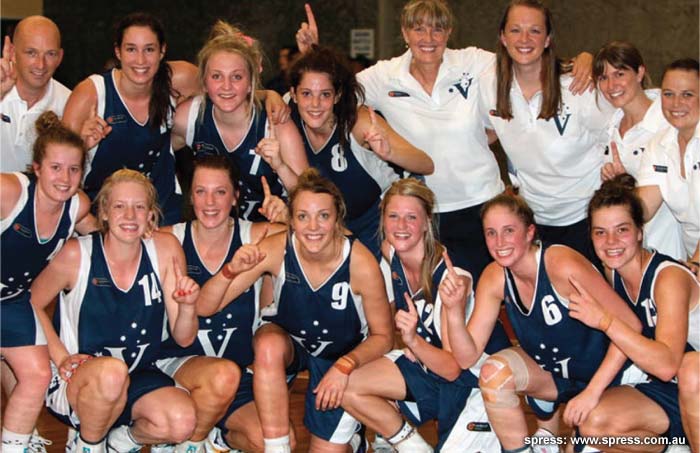 The Gems (Australian Under 19 team) have been drawn alongside France, Nigeria and hosts Chile in group C of the tournament, and will head into the Championships with high expectations.

“I think we’re all pretty keen to finish with a medal, we don’t know how far we’ll go but we’re hoping for first, second or third,” star playmaker Aimie Clydesdale reveals.

The 17-year-old Hallam Senior College Year 12 student is the youngest player in the Aussie lineup but has already been exposed to international competition after representing Australia at last year’s Under 17 World Championships in France.

She was, however, surprised to be part of the Gems side that is largely dominated by Australian Institute of Sport (AIS) athletes.

“I was pretty shocked to hear I was in and it’s really exciting,” she says.

“And I’m not an AIS member so it’s always a good thing when you don’t go there and you can still make these teams.”

Clydesdale has enjoyed a rapid rise up the ranks in recent years, considering she only made her first state representative side as a 16-year-old, but has since gone on to gain national honours as well as claim this year’s Under 20 National Championships with Victoria.

But for now she’s solely focused on the opportunity before her, and knows it’s the one chance she’ll get to compete against the world’s very best juniors.

“I suppose it’s the only time we get to go overseas as younger athletes and it will be my only opportunity to get a gold medal at a junior world championship, so to win it would be pretty amazing.”

This article was sourced from Spress www.spress.com.au
Categories
Go to Top