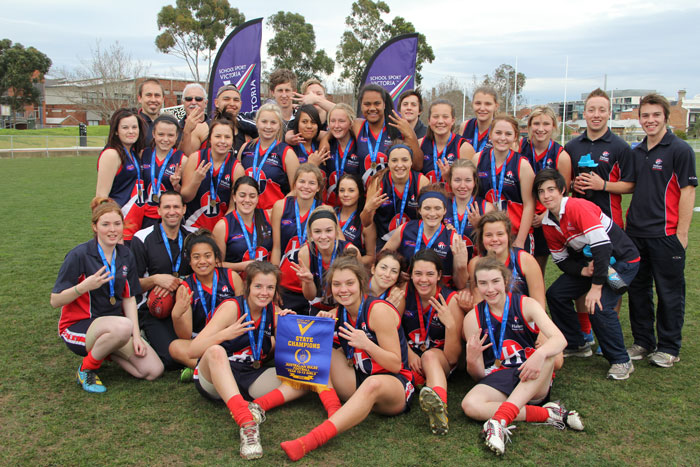 We had to overcome Mill Park Secondary College and Ballarat High School during the day to claim the title and in the process win our 33rd straight game since beginning our elite girls’ football program three years ago. After defeating Mill Park by 36 points in their opening game, we then faced Ballarat in the final and kept our opponents scoreless in the first half to take a match-winning lead, eventually winning by 35 points.

Hallam pioneered its elite girls’ football program three years ago and while their early wins were seen as a “fait accompli”, coach Brett Alexander said this year’s side faced its toughest test yet. “Each year the victory margins are getting smaller,” he said.

“Some people were saying these matches are a formality for us but that is never the case and the girls never think that way because if you let your guard down someone will take it.”

Alexander also said he had spoken at length with teachers from other schools who were interested in setting up their own girls’ football programs.

While Hallam will take its record into next year, it will do so without almost half its record-setting side because at least nine players are in year 12 this year. “Next year will be different but that is the challenge of coaching and I’m already looking forward to it,” Alexander said.