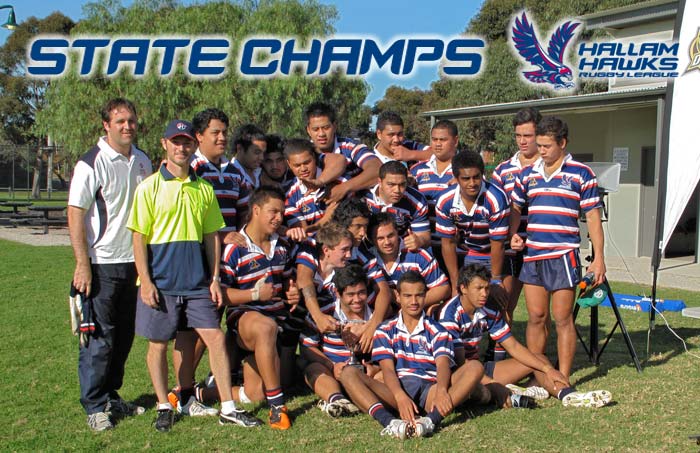 On Wednesday 1st June our Rugby League team competed in the Victorian Final of the ARL Cup.
Competing against Victoria University Secondary College from Deer Park, we were able claim our fourth consecutive State Title with a final score of 56 – 0.

The most notable players for Hallam on the day were: Tala Titi, Pride Petterson, James Desaxe and Ben Nelson.

Hallam Senior College now go on to play against Aberfoyle College who are the winning school from South Australia on Wednesday the 15th June at Fregon Reserve, Clayton. If we are successful there, we then progress through to the NSW part of the competition where we hope to better our results from last year where we finished in the top 8 of the ARL Development Cup.