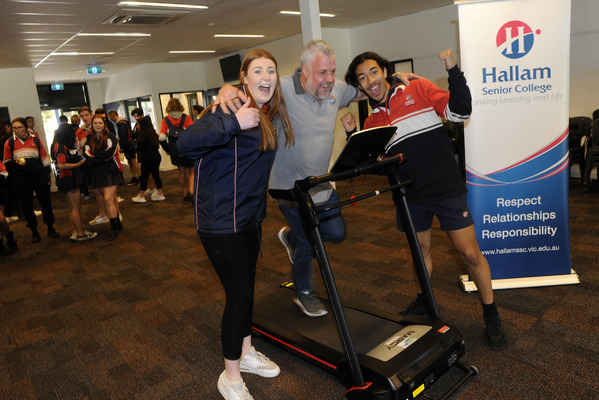 Over the day-and-night event, the team ran 134 kilometres.

Seventeen of the students stayed up during what was described as a long, hard night.

The college is also screening the powerful family-violence documentary Call Me Dad.

The film delves into a local Heavy Metal mens behaviour change group, and how men are challenged to change their violent ways.

It screens at Hallam Senior College on 1 November, 7pm, followed by a Q&A with counsellors David and Jacqui.