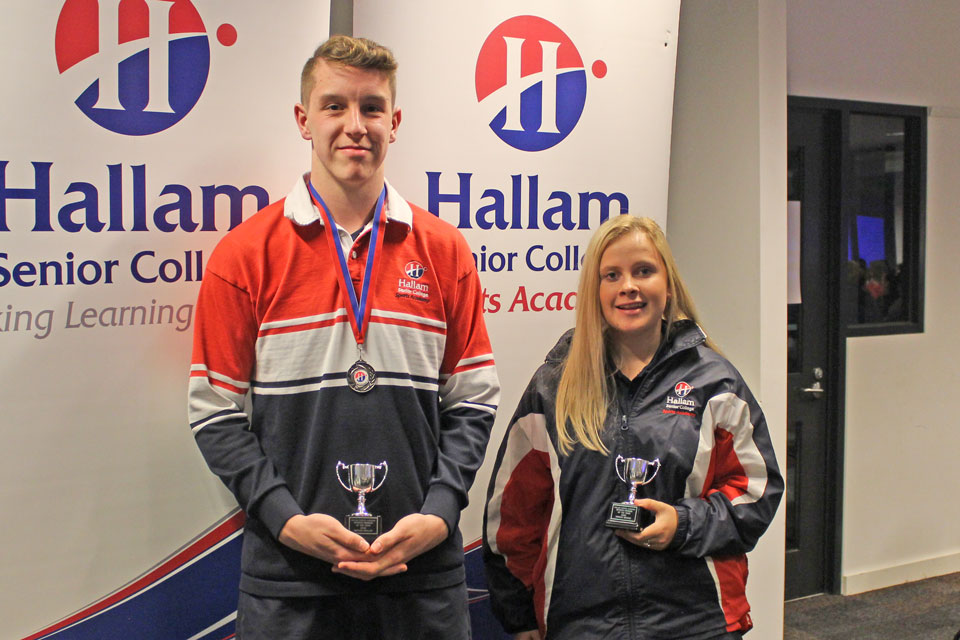 On Wednesday 12th October, Hallam Sports Academy held its annual Sports Awards evening to recognize the success and achievements of the student-athletes in the Hallam Senior College Sports Academy.

Students and staff were joined by representatives of various sporting bodies and celebrated what has been another outstanding year for the program and Hallam Senior College. The evening recognized the substantial achievements of Hallam’s student-athletes, the hard working members of staff and the other valuable supporters of the Academy.

The night was made even more successful by the in house catering of Hallam’s VET Hospitality students who demonstrated their outstanding skills and cooking talents to all the guests before the event. The evening started with a recap of the year and a highlights video to showcase the various sports and their success and experiences throughout the year.

After a warm welcoming from the College Principal and Head of Sport, guest speaker Angelo Leaupepe a former student from Hallam Senior College described life after school and the ventures he was undertaking since departing from the College. The night was filled with enjoyment and gratitude, as we celebrated what a terrific year it has been in the Hallam Senior College Sports Academy.

Congratulations to Nathan Malloy and Tiffany Brodie for receiving the prestigious Sportsman and Sportswoman of the year and congratulations to all students who received the following sporting accolades for 2016.

Sportsperson of the Year 2016